Katy McManus is a USA Expat who has created art in 18 countries, now residing with her husband in Perth Australia. She is a highly passionate Artist manifesting works by channeling sub-conscience needs through meditation. This practice helps her reflect her insights and interpretations of the world and the Aether around us. She creates with the belief that these works of art will both inspire others and honor the subject matter of each creation.

Raised in Pittsburgh PA & Santa Rosa CA, I never felt like I belonged anywhere. Like a neutrino, I never really bonded with anyone so most days were spent alone. Friends were always casual & I never really trusted anyone & those I did open up to weren’t the kindest to me (a theme that continues through my adulthood). So, I learned to live in that space in between & make my own fun. Every waking moment I was creating art, camping, swimming, exploring the wilderness around me, fossil hunting, writing, reading or finding new ways to make my older brothers life miserable.

While most 9 year olds wanted Barbies and makeup I was starting my first job & ordering subscriptions to National Geographic & Life & asking my Grandfather (who was a treasure hunter) about world cultures & science. I read about ancient rituals, sacred places, open sources to death and life in the name of politics, sex and religion. I left childhood behind and started to make plans for my future.

2001, after college and one very discouraging solo exhibition I stopped creating art, found I had an aptitude for business & found comfort & money hiding in a career that I was great at but did not love. It wouldn’t be until 2014 that I would touch a paint brush again.

In 2016 I quit my job, moved to a 95 acre property & immersed myself in creative projects & that is when Artistry Approach was born & I began LIVE painting and displaying popup galleries all over the USA.

My life, though beautiful, has been peppered with traumatic events that have left marks on my body & soul. That energy goes into my artwork usually but sometimes I need to run. My last fight or flight moment happened in 2018 and to this day I still don’t have the words to describe what happened or the bravery to publicly display the artwork from those days. I sold, donated or burned everything I owned and took 4 suitcases full of art supplies & functional family keepsakes like my grandfathers hammer and his wife’s sewing kit & I moved to Indonesia.

Living in Ubud, the best version of myself in a minimalist lifestyle. Everyday: rooster crows, watch workers in the rice field next to my villa, coffee, make art while dancing, feed my bird & foster a puppy. Leaving my evenings to friends or my favourite, on my own in silent awe of the island and the bounty of creative energy there despite the albino Javanese cobra in my garden. All of this opened me up to see my higher self; I gave the island my silence & it gave me hope, hope I thought I had lost. I was free, finally. It was there, on the tiny island of Bali, I met my Australian husband & we now reside near Perth. My journey, I am learning, has just begun.

My advice to anyone seeking a career in art is to save your money on art school & think outside the box. You can attend workshops & surround yourself with like-minded people who will inspire & challenge you to do your best outside of a standard curriculum. I applaud anyone with the time & means to attend art school, however I have opened Artistry Approach to assist people like me with the passion & motivation to learn but not the money or years to spend in a traditional classroom. Reaching your maximum potential, I am learning, does not always include the most conventional avenues.

When I'm not making art you can find me playing with my dogs, reading in my hammock near water, gardening, hiking, surfing Netflix, baking, building a campfire, or riding my bike through the trails of Meros Technis.

If you ever want to attend a workshop or need a commissioned painting please feel free to contract me directly.

Thank you for supporting my artistic journey.

Give the PERFECT GIFT and take out the guess work for those "hard to shop for"  loved ones. 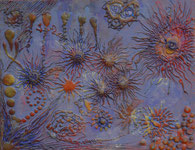 1 Applies to shipping within Australia. Information about shipping policies for other countries can be found here: Payment and Delivery Information
2 ALL SALES FINAL, REFUNDS ARE STRICTLY ON A DISCRETIONARY BASIS
About | Return Policy and Return Form | Payment and Delivery Information | Privacy Policy | Sitemap
Use of Artistry Approach, artwork & meditation puzzles by Katy McManus copyright material is protected on this website & may not be reproduced in any format or medium, reproduced without the written approval of Owner, Katy Lynne McManus. The permission to reproduce protected material does extend to any text on this site which is identified as being the copyright of Artistry Approach. Where any of the Artistry Approach protected items on this website are being republished or copied to others, you must receive our permission in writing, identify our website as the source of the material, and acknowledge its copyright status. You will also need to clarify how you will make sure any content you publish is kept up to date in line with our maintenance process. Authorization to reproduce Artistry Approach protected material must be obtained from Katy Lynne McManus, Owner and creator of all works. If you would like to make use of material from our website, contact us via email KatyMcManus@ArtistryApproach.com to tell us where and how you plan to use it. The images on this website are licensed from Artistry Approach (link is external) and pre-approved providers (link is external). No images may be reproduced in any format. All known copy write violations will be met with extreme prejudice via legal action.
Log in Log out | Edit
Close